Apple picking has been a part of my family since about 2004, funny to think that I’ve lived in New Hampshire most of my life and only just started apple picking.  It was a fall tradition with my family, and we’ve always gone to the same orchard every year as a tradition, because I’m big on tradition.  This being our first apple picking trip after the wedding, we decided to start a new tradition and try a new apple picking place.  Down the road from us in Hollis is the Woodmont orchard, where I do alot of photos and where I did a short film a few years ago.  This year was the first year that I’ve know of that you could actually go apple picking there, so we decided to give it a try.

This place is built on good old Yankee trust, because you bought the bag down the road a few yards at the farm stand, then you would come back and they would weight the apples and you paid the weight.  The cost was .99 cents per pound, which we thought was a pretty great price for fresh picked apples, normally we pay $25 for a bag smaller than that.

The unloaded the kids and headed up the orchard.  Its such a beautiful location, it really was, extremely “majestic” if you will?  The kids has an amazing time picking the apples, exploring the orchard, and just getting to be kids.  We had quite the competition as to who could find the biggest apple, which honestly was a challenge because the one thing I noticed about this orchard was the size of the apples, they were ENORMOUS!

After all was said and done,  we filled up our bag with about 17 pounds of apples, all which will be put to great use in some upcoming recipe blogs on the Earl Studios site.  I’ll be making my world famous Dutch Apple Pie, taking a stab at making apple fritters for my son, as well as making some apple sauce.  Another recipe that I have that I’ll be doing on the blog is for my Oregon Stew, but that calls for Granny Smith Apples, so those unfortunately I have to buy at a store…blah.

I encourage everyone to visit this amazing orchard, as well as encouraging you all to visit your local farm stands next time your out.  Only a few weeks left of the season, so get out there and get some great produce ya’ll!

In The Kitchen, a First Attempt at Bread – NH Food Photographer 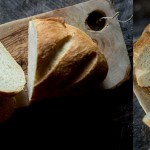 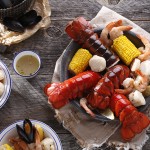