It was about 4 years ago that I first walked into Fredericks Pastries in Amherst, NH.  I was wrapping up my divorce and looking to take a new direction in my life.  Being a former chef, I loved food, and food was always my life.  Starting out my career professionally as a photographer in this new phase of my life, the idea of becoming a food photographer spoke to me on so many different levels, but mostly it just felt right, when I thought about who I wanted to be, being a food photographer just felt right.  I didn’t care if I made a million dollars or never made a penny, shooting food was something that, at my core, I knew I wanted to do with my life professionally.

Up to this point though, I had only done one small stint of food photography, and that’s when I took some photos of my finished dishes for my public access television show, “Merrimack Eats”.  But these where bad, direct flash photos, because, honestly at that time I had no idea what I was doing as far as food photography goes.  So with this new phase of my life starting, I set out one mild spring day to find the perfect items for my new food photography career.  Enter Fredericks Pastries.

I had driven by Fredericks Pastries a million times in my life.  My parents were life long customers and their most special moments had always been celebrated with a Fredericks Pastries cake.  But for me, up until this point, I had never stepped inside, until today.  Fredericks pastries was not the first place I had gone to looking for something to shoot for my new food photography portfolio, but when I walked in, looked around, I felt a connection to not only the place, but the pastries and cakes.  I felt like a kid again, when you were actually amazed by something, I was amazed by the cakes, pies, treats, all the things they had in the cases, it was a moment I honestly will never forget.

I pulled out my cheesy homemade business card, gave it to the woman behind the counter, and told her I was a food photographer and I was looking for some new items to shoot for my portfolio.  As luck would have it, the woman behind the counter was Sue, the owner, and she was genuinely interested in what I was asking and was excited about the idea, “photographer our stuff?! absolutely!”.  She helped me pick out some items that would photograph particularly well, rung me up, and told me to send her the link to the photos when I was done so she could see them.  I will never…never forget that first encounter.  Anyone else could have said no, or just tossed my card in the trash, but Sue was genuinely interested in what I was talking about.  And other than my Mom, I credit Sue as the person who was most influential in my career as a food photographer, because it was that first meeting and her willingness to help me, that launched my career in food photography.

Since that first meeting, I have photographed almost every single item that Fredericks Pastries makes, from peanut brittle to 6 teir weddng cakes.  But with every item that I would photograph, when I was done, I would give them away, to my mother, or her friend who was battling breast cancer, to my kids, my neighbors, my friends.  I never ate any of the items, I was a chubby newly divorced single guy, I didn’t need to be eating entire cakes every other weekend.

It wasn’t until I was shooting their entry video for “Cupcake Wars” that I tried my first Fredericks cupcake.  Sue had come up with a new signature flavor, the “Purple Cupcake”, because her favorite color is purple, and its the company color.  I had been shooting for about 5 hours, we had about 100 cupcakes everywhere, so I figured it couldn’t hurt to try one, I could just go to the gym in the morning.  It was the BEST cupcake I had ever had.  Soft velvety cake, filled with cream cheese filling, and topped with butter cream, I couldn’t believe how good this was!  What had I been missing all those years of not eating the cakes after I was done photographing them?!

From that first bite, I had fallen in love with the purple cupcake, and the purple cakes at Fredericks.  Its a weakness of mine, whenever I come in, they know exactly what I am going to get.  And even though I’ve had hundreds of purple cupcakes since then, each one is just as delicious as the first one I had.  In a way, its a lot like Fredericks Pastries and Sue herself.  I am as grateful today for every opportunity to work with them, just as I was that first day when she took a chance on a completely unknown, inexperienced food photographer. 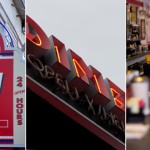 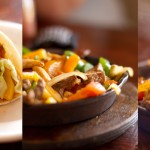