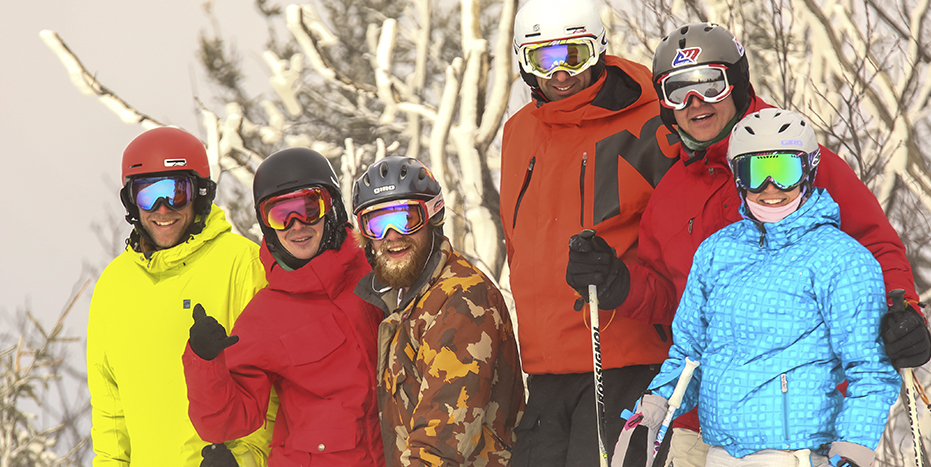 For the record, I told you all so.  “Have faith” I said, “This winter will be great.”, and sure enough, she is.  I saw the forecast call for snow and I knew it would be an incredible weekend for snow and photos, but I had no idea how big it would be.  When I started to see the size and timeline of the storm, I will admit that I was a little worried.  You see, between the studio and crotched mountain is this huge beast of a hill that has, more than once, been the bane of my skiing plans.  If I waited to long, I might not make it up the Mont Vernon hill, if i went up to soon, I would burn out and run out of steam before the weekend was over.  You see, I’m not a 20 year old college kid, and skiing powder and doing photos for 2 days straight pretty much is a Herculean effort for me.  On Friday I went up, expecting the storm to hit Friday afternoon, and when nothing was happening, I made  the call to head back to the studio and make the trek back up in the morning.  For the bulk of Friday,  nothing was happening, and I started to worry that the storm would be a dud.  Well night turned to day and it was with great relief that I looked outside my window to see snow up to the door, and wind blown banks up to the window of my car.  Nemo had delivered some picture perfect white fluffy goodness, and despite the road conditions and massive pounding of snow, I headed up to Crotched against the better judgment of pretty much everyone.  You do not let an opportunity like this pass you by.  Ever.

Needless to say, I made it one piece, I mean, I’m writing this blog, aren’t I?  Now, everyone raves about “powder” but for someone like me, who is a still a pretty novice skier, powder is a totally new beast, and I needed to take a few runs to get my bearings in this massive dump of snow.  My first run was brutal, half way down I got stuck in over 2 feet of powder, losing one ski in the process.  Trying to find a ski in over 2 feet of snow is not an easy task.  I was defiantly frustrated as well as being embarrassed.  I’m skiing with these incredible skiers and Snowboarders who just attack this stuff and I can’t make it 50 yards with out bombing out.  Luckily for me the GM of Crotched Mountain gave me some tips as well as short powder ski lesson that helped enormously, and after 4 runs I was able to navigate the powder with a basic level of skill.

Because of the storm we couldn’t really schedule “Model” models, but luckily for us, the staff at Crotched Mountain consists of some of the most amazing and skilled skiers and riders at any mountain in New England.  We assembled a crew including the GM, marketing director, operations director, as well as sales and instructors.  Again, I’ll admit to being nervous, they are throwing around suggestions like “glades” and “trees”, or hitting the steepest slopes, and I’m just praying I can make it five feet at a time, but you know, I’m playing it cool, or at least trying to.  Skiing powder is hard, skiing powder with over $5000 worth of camera gear in your hand is an anxiety filled pizza slice-ing teeth grinding slide.

You could not have asked for a better day.  When we started shooting we had a slow thick snowfall that fit into the photos perfectly, then after 2 runs the snow stopped and a soft diffused light started to cover the mountain, and that is the light that makes for beautiful images, because everything is lit with a soft light.  Without harsh back lighting colors pop and its actually easier to track focus on the skiers.  Speaking of focus, this was my biggest ski shoot today using the Canon 6D.  I knew it would do great with slow moving images, but wasn’t sure what would happen with such fast action straight at camera, and another concern was the 4.5 FPS and 14 image buffer when shooting raw.  So I made the decision to shoot jpegs for the larger buffer, and I knew with the diffused light I wouldn’t have to do much work to them in post.  The Canon 6D performed like a champ, its not built for fast action sports, but if you pick your moments and know your settings, she can do wonders for you.

It was, hands down, my most memorable day skiing, but its also made me realize that I need to be a better skier.  As I looked around me at one point, I realized that without the camera in my hand, I had no business being around such amazing and skilled skiers.  I was out of my element, and at times even embarrassed by being such a poor skier compared to them.  I wanted to rip through the glades, hit the jumps, do everything they could do, because they were having so much fun, and I was just terrified.  Hopefully they will like the photos enough to keep me around and ignore that I’m no where near the amazing skiers and riders that they are. 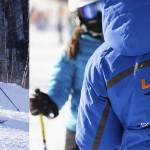 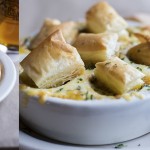