The Making of ‘Superstoke’, A BTS of a Crotched Mountain Ski Film – NH Video Production

So this year I was lucky & blessed enough to be asked to come back and serve as Crotched Mountains own film and photo company.  Anyone who knows me knows the love I have for Crotched.  It was the first place I learned to ski, and its the place that brought skiing to me and my kids, giving us just a little more time together.  The people there are among the greatest and kindest, if not most original, people I’ve ever met, the they are the reason why I keep coming back.

I have about 6 films on the schedule to produce this year, but with enough caffeine I’m shooting to do more around 12, plus a ton of photo shoots.  But the thing about short films is that sometimes they come together smooth as silk, and sometimes, well, its a bit more challenging.  This story is about one such challenging film, “Superstoke”.

Last year I did, what was a pretty well received, short artistic film on Crotched Mountains video park.  It was my first real artistic ski piece, and, I liked it pretty well, and apparently, so did a few thousand other people.  This year, I set  out to do a more informative, marketing piece about the event so that people could get a better sense of what midnight madness is really all about, because its so much more than just skiing till 3am.

I figured, “this will be easy, get some great footage, interview a few people, bada bing, bada boom, done!”.  Well I was partially right.  Getting good usable dynamic footage of skiing and riding at midnight madness is a videographers dream.  The lighting on the mountain at night is pristine and just amazing, and it lends itself to dramatically compose shots as if you had a director of lighting working with you.  With a good camera, a high iso, and a good eye, you can’t go wrong shooting footage outside at midnight madness.

The second easy part was the band footage inside.  I had photographed this band last year, so I knew when I was shooting them this year it would be a great show.  One thing I wasn’t so sure of was my picture profile.  See, I just started shooting with the Canon 7D and had a few seminars with Philip Bloom under my belt, so I had downloaded a couple of his recommended picture profiles.  Trying them both I found one that gave me the highest dynamic range, and really allowed me to get so much more detail into the shots, but where I fell short was in my knowledge and skill of grading the footage.  See, when you shoot  flat on a canon, you get this gray milky image that looks pretty “blah”, and its in the grading where you make the image shine….and I had about 2 hours of grading experience under my belt at the time.  So it took a day or so to practice, play with magic bullet looks, and really get my way around grading this flat footage.  Slowly we start to see the production schedule on this film grow…

But the biggest area that I really ran into the most issues on this piece was, in the audio.  Good audio will make or break a film, simple as that.  I’ve learned that the hard way, so I’ve spent countless hours learning about audio capture, and I’ve invested thousands of dollars into the best audio equipment.  But when you rush, and don’t plan ahead properly, none of that matters, and I failed to do both.  Normally when I do audio I will either mic someone up with a lav mic running to a Zoom h1 or I’ll set up the Rode ntg-2 and run it to the Zoom h4n, but this is always in the comfort of a nice indoor environment, and I was going to do these interviews outside, at night, on a ski mountain, by a huge fire!  So I tried to think small, I already had to try to walk around on ski boots, carrying a 70-200 lens on a tripod, so I though, “HEY, I’ll just stick the zoon h1 on the camera like an onboard mic, that will work…right?”…wrong.  The problem is that the zoom h1 is a stereo mic, picking up everything  around it, like say, the fire crackling, or the chair lift moving, or say, the huge massive roaring engine of a piston bully in the background….blurg.  So despite my best efforts, my poor planning killed the interviews because in the end, I didn’t prepare properly.

But with everything in my life, it all worked out, thanks to one of the coolest, most laid back, and most graceful snowboarders i’ve seen.  The finished piece features and interview with Dylan, a lifetime boarder and instructor, whose zen way about him makes everyone feel like an old friend.  Dylan was kind enough to sit down and talk about his love of midnight madness and its his interview that ties the piece together, and saved my little film.

The moral of this story is that nothing is ever easy, and nothing ever goes as planned.  If your not failing, your not trying. I made mistake after mistake on this project, and things defiantly went wrong, but I always knew in the end it would work out, it always does. 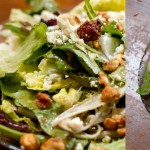