One of the downsides of being a company of 2 is you don’t get alot of blog writing when you get busy, and busy we have been!  I think my last blog was in March, and since then we’ve seen so much work and such amazing adventures we’ve barely had time to share them with you.  If you follow Earl Studios on instagram  or facebook  you’ve seen some of the amazing video production and commercial video projects we’ve been working on over the last few months.

Our most notable project has been a series of 26 tourism videos we are producing and shooting for the NH Department of Resources and Economic Development or www.visitnh.gov. This has been an intense, one film a week project that will take us through to the end of the year, just in time to jump right into our ski videography season.

In addition to this massive tourism video project, we have been working on several other commercial video production projects for our amazing clients like Southern New Hampshire University, Tuscan Brands, Stonyfield Yogurt, Fright Kingdom, and Spookyworld.  All of these we (or I to be more accurate) will be doing blogs on to share the stories behind the videos, because that’s where the fun is.

On the company front, we’ve had a few major events, the first being moving into our new home studio, which provides us with a massive and elegant new location for on site editing with our clients as well as a much more spacious food photography studio.  Equipment wise, our two biggest upgrades have been investing in the new GoPro 4 Black with 4k, and we finally took the plunge and invested in a DJI Phantom 2 Helicopter with gimbal.  We debated on this for a while trying to decide if it was a smart move or just a gimick, as most of the footage with these we’ve seen in the area has been, less than impressive.  But after seeing the work of people like Philip Bloom  and some impressive youtube videos we decided to invest and use this to make Earl Studios stand out in the NH commercial video production scene.  It also doesn’t hurt that I was raised by a incredible combat helicopter pilot, so I think I have it in my genes.

Hopefully I’ll have time to start doing my blogs again to keep you all informed on the amazing commercial video production work we are doing here in NH and Boston.

p.s.  we got a rescue dog from the shelter over the summer 🙂 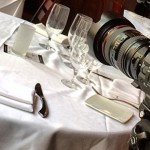 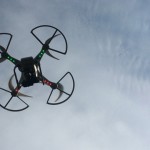