This past year we undertook a massive project for the New Hampshire Tourism Department (visitnh.gov) where we were tasked with producing about 30-ish tourism films.  Our most recently released tourism film focuses on the main streets of NH, and for this one I knew exactly the look and location I wanted to go with.  After receiving the script outline from the client, we undertook the task of doing all preproduction on the film.  Our first step was sending out the casting call and finding all the right actors for the film.  Second was to do the location scouting and prepare the shot lists.  For this film we did not do a storyboard, the shots and locations where so clear in my head I knew I could shoot from the shot list and have the flexibility to adjust shots as needed due to light and how busy the city was. 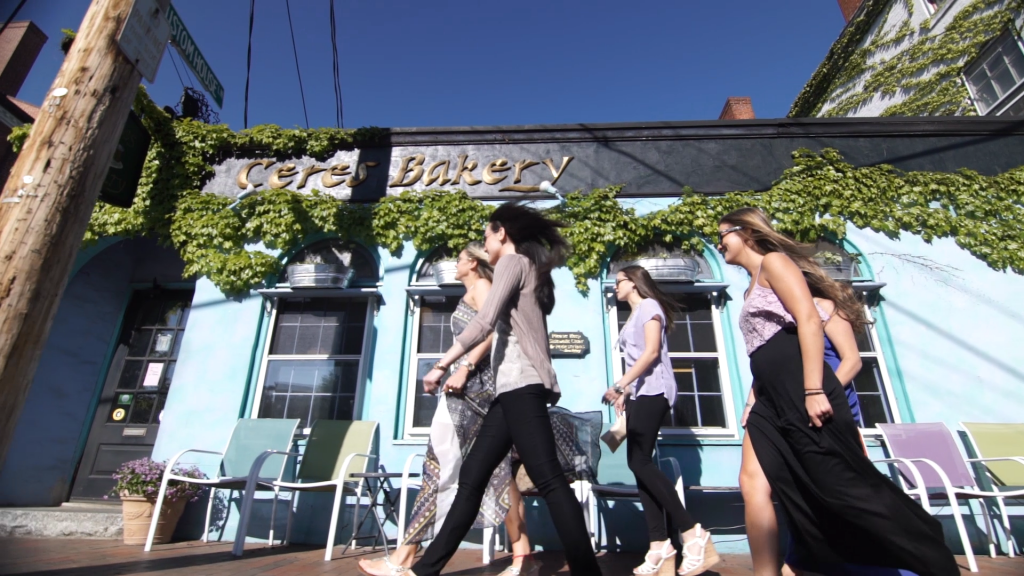 A quick stop into Ceres Bakery to grab a croissant

Portsmouth is a filmmakers dream location, such vast options between the historic and modern, but all with a character that oozes production value.  I’ve been to Portsmouth for years so I know where some of the best locations are for filming, and we used those to our advantage.  I’ve also been lucky to make some connections in the city from shooting the Chefs Plate tv show, so we had access to alot of great food related locations, that we made sure to highlight in the film. 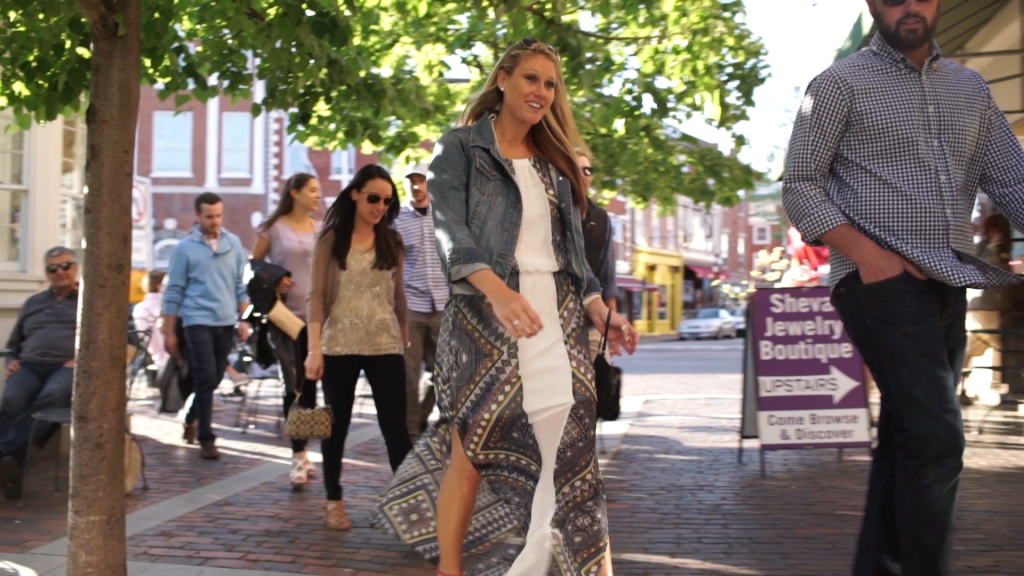 This was the first film we made extensive use of the new DJI Ronin-M gimbal, which is a motorized handheld camera stabilizer.  It allowed us to get those cinematic flowing shots with no movement in the camera, and proved to be one of the best new upgrades for the company. 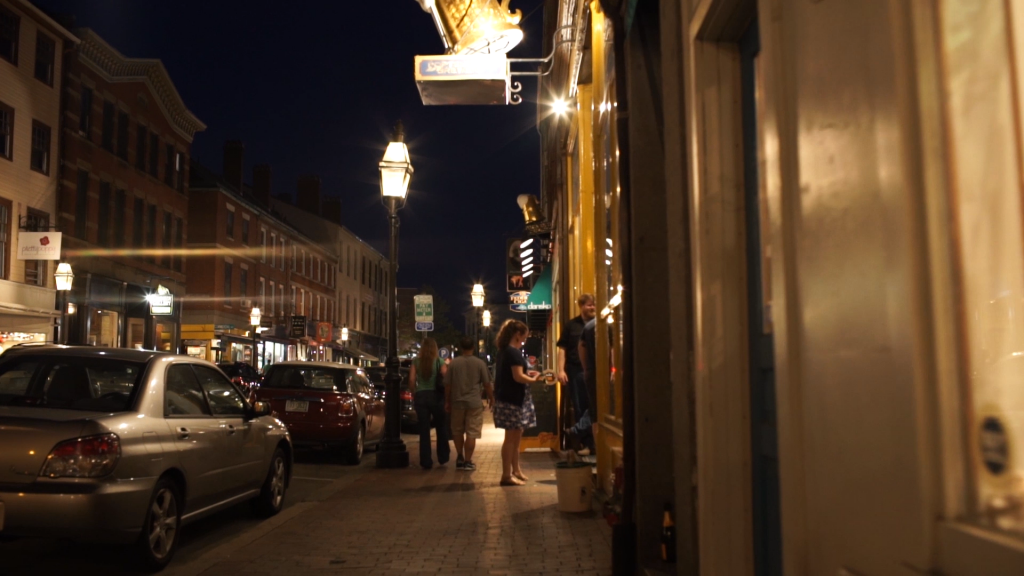 Second night of filming to get the much needed “nightlife” shots, where the Sony A7S excelled in the low light

We are incredibly proud of this film, and shows what is possible when coordinating with amazing actors, great locations, and perfect lighting.  But what makes this film even more impressive, is the thing that makes Earl Studios so impressive, and that is that it was entirely produced, shot, and edited by one person.  There were no big production crews on location, just one person doing the directing, camera operation, focus pulling, ect.  It shows that you don’t need a giant production crew to achieve amazing films, just an amazing filmmaker. 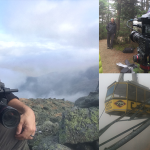 How I Became a Videographer – NH Video Production