The last year has been one of the busiest, most creative, and most productive years in the long history of Earl Studios.  In June of 2014 we were awarded the prestigious opportunity to produce a series of tourism videos for the State of New Hampshire in cooperation with Visitnh.gov.  Originally the project consisted of a series of food and lifestyle videos, which suits our style best having worked in the food scene so long shooting The Chefs Plate tv show.  After a couple of meetings with the NH Tourism department, and after seeing some of our films, they asked if it would be possible to do ALL the films in the series, lifestyle, food, outdoors, adventure, about 24 all together.  Now, when your a small video production studio and your dream client comes to you and asks you to do the impossible, you say YES without hesitation, and that’s just what we did.  Starting in July and filming till about Nov, it meant our production schedule would require us to film and produce 1 to 2 2 minute film per week, no easy task by any standard, but this was an  opportunity for us to do something great for a great client, so absolutely we were going to make it happen.

Over the course of the next 5 months we filmed everything from star fish to zip lining, fine food to indoor sky diving.  We traveled all over the state meeting an incredible range of businesses and people in all different aspects of tourism in New Hampshire. Whenever I called and got to the point in my speech where I said “I’m shooting a series of videos for the state tourism department”, every person on the other line opened up their doors to us and because of that, made the films in the series an incredible success.

NH Tourism Video Project : We filmed from the depth of winter to the bloom of the Lupines

As much of an incredible joy it was to film the series, it was work, and hard work at that.  As everyone should know by now, creatively, Earl Studios is a company of one, me, Jeremy Earl Mayhew. (I know, I say “we” all the time).  Shooting and producing one 2 minute video every week was incredibly challenging and exhausting as we were tasked with every aspect of pre and post production, from story boarding to location scouting, finding actors and scheduling shoots, then filming and editing. Every sunny day we filled with filming, every raining day we filled with phone calls and emails.  For five months its was the main focus of our company.

I’m incredibly proud of the work we did, and I think the client was as well, because in January they called us up to ask us to keep producing the films for another 6 months, with our final day of production being last month.

NH Tourism Video Project : Sometimes we filmed lunch, some people wanted to have me for lunch

I will always look back on this project as the point in our history where our company grew into something bigger, this project pushed us forward on so many levels, it challenged us and made us a better video production studio.  But more than that, what I take away is the relationships and connections we made with not only the people we worked with IN the films, but also the people we worked with ON the films.  NH has always been my home, I love this place right down to my core, and after meeting with the people tasked with promoting her to the world, I’m extremely proud of the vision and identity they give our state to tourists that look to NH as a place to visit.  Take a moment and visit www.visitnh.gov and see some of the amazing work our tourism department does, they are incredible people doing incredible work, and we are extremely proud to have had the chance to work along side them for the last year. 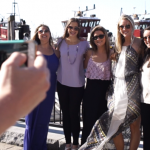