This winter has been, in a word, challenging, but finally I am back out on skis making films again.  Its been a rough start all around for NH ski mountains, on a day when I should have been out doing my first ski film, I was walking around my yard in a tshirt.  Thanks to the hard work of the mountain ops crew the base was laid and the ropes dropped and we were able to kick off the season.

This year I’m lucky enough to be working for 3 different New Hampshire ski mountains, including my home mountain of Crotched Mountain.  Just 20 minutes from the studio, I’m able to run up the road and setup shoots very quickly when weather presents itself.  Opening weekend was outstanding, but weather has been a challenge on each following weekend, with the most recent one being absolutely fogged in.  I had a choice, I could pack it up and go home (after a few runs of course), or I could use the situation to my creative advantage, and so thats what I did.  What came from that is “The Foggy Edit”.

This ski film was one of the first times I used the DJI Ronin-M extensively on a ski film edit, and I couldn’t have been happier with the results.  Paired with the Sony A7S shooting mounted with a Tokina 11-16f2.8, the combination is ideal.  This year I’ve traded in my “old” Sony fs100 and upgraded to the new A7s, put my Canon 5dmk3 on strictly photo duty and added a second Sony A7Sii for filming.  Its been a bit of a transition to say the least.  Some of the challenges with the move to the Sony A7s for ski films is the size, focusing, but mostly its just hitting record.  Even with a smaller second pair of gloves on, hitting the record button on the Sony A7S can be challenging, and in the fast moving setups of ski films, there isn’t always time to double check that you hit record.  To deal with this issue, I did some research and found that a company had made a companion accessory that screws into the eye hole of the neck strap mount that adds a raised button the the record button, and so far its been a perfect solution.

The biggest difference noticeable take away for me  in moving from the Canon 5dmk3 to the Sony A7S for ski films is the 120fps slow motion.  I use the Sony A7s as the workhorse for most of the ski films, so I am filming in 720p at a crop of about 2.2, but because we are doing action sports its actually a plus to have that crop.  There is a slight decrease in quality going down to this setting, and I have noticed some moire and aliasing, but the ability to slow the footage down to 20% has more than made up for this.  I think I’m starting to get over the wow factor and will probably switch back to 1080p60 going forward and save the extreme slow motion for specific shots.

The Foggy Edit is one of my favorite films so far, some of the DJI Ronin-m shots we were able to get in that ski film really have pushed my work forward and I’m excited about planning more shots that build on that going into the season.  There is no doubt all of us that make ski films in New Hampshire are feeling the pressure from this season.  The late start, the warm weather, it means we need to take every single film making opportunity that presents itself, and The Foggy Edit reflects that exact sentiment.  We had a great day, great snow conditions, and tons of guests on the mountain, a little fog wasn’t going to stop us from making a film. 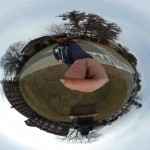