I started flying drones back in 2014, I hemmed and hawed for months, not knowing if it was something that was going to stick around or if it was just a passing fad (cough cough 360 videos cough cough).  Back then the DJI phantom 2 had just come out, the previous model was the Phantom 1 and that was a bit of a train wreck as it had no gimbal or stabilization, and no FPV so you had no idea what you were filming.

When I started, the “rules” were pretty fast and loose, in that there were really no rules.  People flew their drones anywhere, the country, the city, at airports.  There was always talk of regulation and then I remember when we got the news that the FAA had officially designated drones as illegal to use for commercial videography.  That was pretty devastating.  I used my drone for personal and commercial projects up till that point, I loved flying it, but it was to huge a cost to maintain for something that was a hobby, so I traded in towards a new Sony A7s, which took away a bit of the sting.

Fast forward a few years, and the FAA changed its position on the use of drones for commercial purposes.  There was a new designation, 107, and videographers had to take an exam that costs $150 every time you took it in order to get this new licence.  I was relatively excited but as someone who doesn’t “test well”, I had my concerns.  The first was, where the hell were you supposed to learn the information on the test?  there were courses out there but they were all so expensive that between the cost of the drone, the cost of the test, and the cost of the training courses, it just didn’t make sense.  Then they released the Phantom 4, and I changed my mind.

When I bought the Phantom 4, I got it as a “marketing tool”.  I would shoot some cool aerial footage that would get Earl Studios some attention, we are a pretty small company of 1 person  you know?  I flew it for myself and posted the videos on my instagram as a way to get exposure, but I knew that the potential was still there for commercial use, if I could man up and schedule the damn 107 test already.

My father was a helicopter pilot in Vietnam, I lost him this past summer to cancer, and that was one of the major forces that drove me to finally take this test.  If he could learn to fly a helicopter while people where shooting at him, then I could study to pass a stupid little drone test.  So after some recommendations, I signed at at RemotePilot101.com which was only $99 for a lifetime membership, which was good because I have to take the test every three years.  I crammed for a week, listening to the training videos in the shower, in bed, while I was driving, eating, every single moment.  Finally Friday came, and there was no turning back.

I took a picture of my father in his helicopter in Vietnam, stuck it to my dashboard, and heading to the airport to take the test.  I sat in the parking lot for an hour, drinking coffee and listening to the training videos one last time. The test is all done on computer in this quiet, closed off room, in a strip mall looking building at the back of the airport.  You put all your belongings in a locker before going in, no phones, not watches, no pictures of  your dad in a helicopter.

I remember the initial panic because the test question said “refer to figure 20” and I had no idea where the hell that was!  They give you a booklet which, incidentally, is $100 if you write in it, but never explain what it is or how to use it.  Maybe I was just nervous but I finally figured out how to find the figures the questions where referring to.  I kept hearing the RemotePilot101 instructor in my head… “slow down, its not a race”, but to be honest, the answers to the questions came quick to me, with the exception of maybe 2 or 3.  I had studied pretty hard core for this test.

Once I was done, the woman running the test asked me if I wanted to submit it, I took a deep breath, trusted in my preparation, and said “yes”.  I hit “submit” and right there on the screen immediately pops up the results of the test. 90% it said, I got a 90%.  70 is passing and I got a 90.

I did it.  It might not sound like a big deal to some people, its just a little FAA test, but to me it was a huge hurdle, it was something I had avoided for months because I was afraid I couldn’t do it, I was afraid I was going to fail.  Stepping up, actually taking that test and passing was one of the biggest accomplishments of my career, and more importantly it was a huge boost to my confidence.  It makes me think, what other things that I’ve been afraid to do are also so clearly possible for me to accomplish. 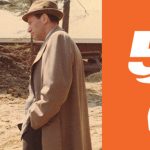 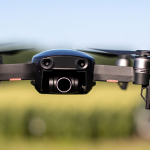