This fall, I’m buckling down and trying to produce a short 2 minute horror film to enter into an online film competition.  The film competition rules are simple, the film must be 2 minutes or under, only 15 shots total, and there can be no dialog.  As I write this, the deadline is currently 15 days away.  Now for some 15 days is not a long time but for how fast I tend to work, that’s a lifetime.

Originally my idea was to do a take off on Halloween, well, more of a rip off than a take off.  It seemed like a simple idea, the whole masked killer angle, and it was simple to plan and shoot  I just needed two actors, weather wasn’t an issue because it would be shot indoors, and we would use my house as the location so that would solve that problem.

One night perusing the local Halloween store I was desperately searching for a Michael Meyers mask.  the ones on line where a pretty penny and out of my budget for this production and I didn’t want to skimp on something cheesy.  As I looked through the masks one in particular sort of jumped out at me, it wasn’t the mask I wanted, but maybe it was the one I needed.  It was a fake burlap covered scarecrow head with crows starting to poke through it.  It was so creepy and full of character, but even better it was only $29!  So I though, what if I change the story completely based on this mask?

My friend runs a haunted corn maze a few towns over and that got me thinking, corn maze, evil scarecrow…BOOM I sat down and wrote the script for “DARK CROP” about a 200 year old evil spirit that lives within a small farms scarecrow and kills anything that touches that corn, thats not protected by a secrete amulet.  As I wrote it, I wanted to try to make it unique, I didn’t want to make the same old tired “boyfriend and girlfriend get killed doing it” story. So I though, what if the reason this couple sneaks into the corn is because they are 2 girls hiding there years long romance from their friends. its an interesting motivation for what makes them enter the corn and a unique angle.  What I didn’t count on was the overwhelming amount of actors that would turn down this fun little horror movie based solely on that aspect of the script. In a 2 minute film that takes about 10 seconds of screen time but actor after actor turned down the film because of that one aspect.

I could have changed it to make it a secretly affair between a boy and a girl and i probably could have shot the film by now, but I believe that one aspect makes the little short more interesting, so i’m opting to keep it in.  I’m not try to make a social statement, I’m just trying to not be a boring cookie cutter writer.

So the search goes on for actors, I keep pushing the short on Instagram and hopefully I can secure some actors for the schedule shoot date of the 15/16th.  Usually for me everything comes together at the 11th hour, and so technically i have plenty of time. 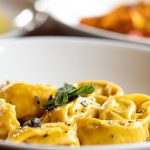 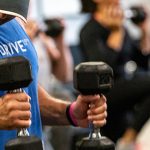